Newcastle theatre company Prospero Players have chosen one of Shakespeare’s most popular comedies for its 2017 production – A Midsummer Night’s Dream. Special guest director Daniel Maslen will travel from his home in Austria to helm the production, which promises to once again showcase the company’s creative and collaborative approach to theatre production and the many talents of its loyal ensemble.

Prospero Players was formed in 2000 and the company has staged numerous successful and acclaimed productions, including Oscar Wilde’s The Importance of Being Earnest, Sophocle’s Oedipus, Shakespeare’s A Winter’s Tale, Penman’s Nexus and its own dramatisations of Longfellow’s Hiawatha, C.J. Dennis’s The Glugs of Gosh and Michael Ende’s Momo and most recently Shakespeare’s The Tempest, which curiously enough was interrupted mid season by serious storms which saw widespread power cuts in the area for days on end and caused our last show to be postponed.

As with previous productions, A Midsummer Night’s Dream will showcase the talents ofcurrent Year 10, 11 and 12 students from Newcastle Waldorf School as well as parents, teachers and former students.

“We share a commitment where each individual is flexible and creative in a wide range of areas; whether it is sweeping a stage floor, mending a costume or sharing in the responsibility of creating a work of dramatic art that is enlivened and united,” Ms Montefiore said.

“We have many kind friends and helpers, especially when it comes to producing our award-winning costumes and sets, and together we all strive towards offering to our audiences a production that shines with beauty and integrity.”

This year’s production will be directed by Englishman Daniel Maslen, a retired Steiner teacher who has worked over three decades in London, Germany, the United States, Mexico, Austria, India and Australia.

The production will be staged across four days in April at Newcastle Waldorf School’s custom-built performance hall, 30 Reservoir Road Glendale. 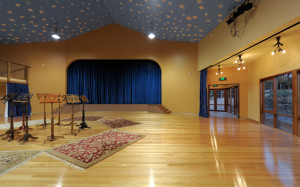 This entry was posted in A Midsummer Nights Dream. Bookmark the permalink.