2017 Production is: A Midsummer Night’s Dream

Posted on February 26, 2017 by Prospero Players 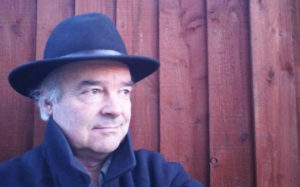 After studying music in Oslo he travelled and worked in the USA and Mexico (touring with
some well known Rock Bands) then returned to Emerson College England for the Steiner School Teacher Training Course and also undertook Eurythmy Training at Eurythmeum in  Stuttgart, Germany.

Several years of touring with various eurythmy/theatre groups followed and two years in a Camphill Community in southern Austria, Liebenfels where he met his wife. They returned to England and had three children Here he taught (mostly) eurythmy as well some class teaching at Michael Hall and Kings Langley Steiner Schools in the London area.

Now, after thirty-four years teaching he has retired and when he’s not composing music at his lakeside retreat in Austria he travels to faraway places like India and Australia to help out in the schools and support a new Eurythmy Training venture in Hyderabad, India.

He is very much looking forward to visiting Newcastle and we at Prospero Players are extremely grateful and excited to be able to work with him on this wonderful production.

This entry was posted in Uncategorized. Bookmark the permalink.